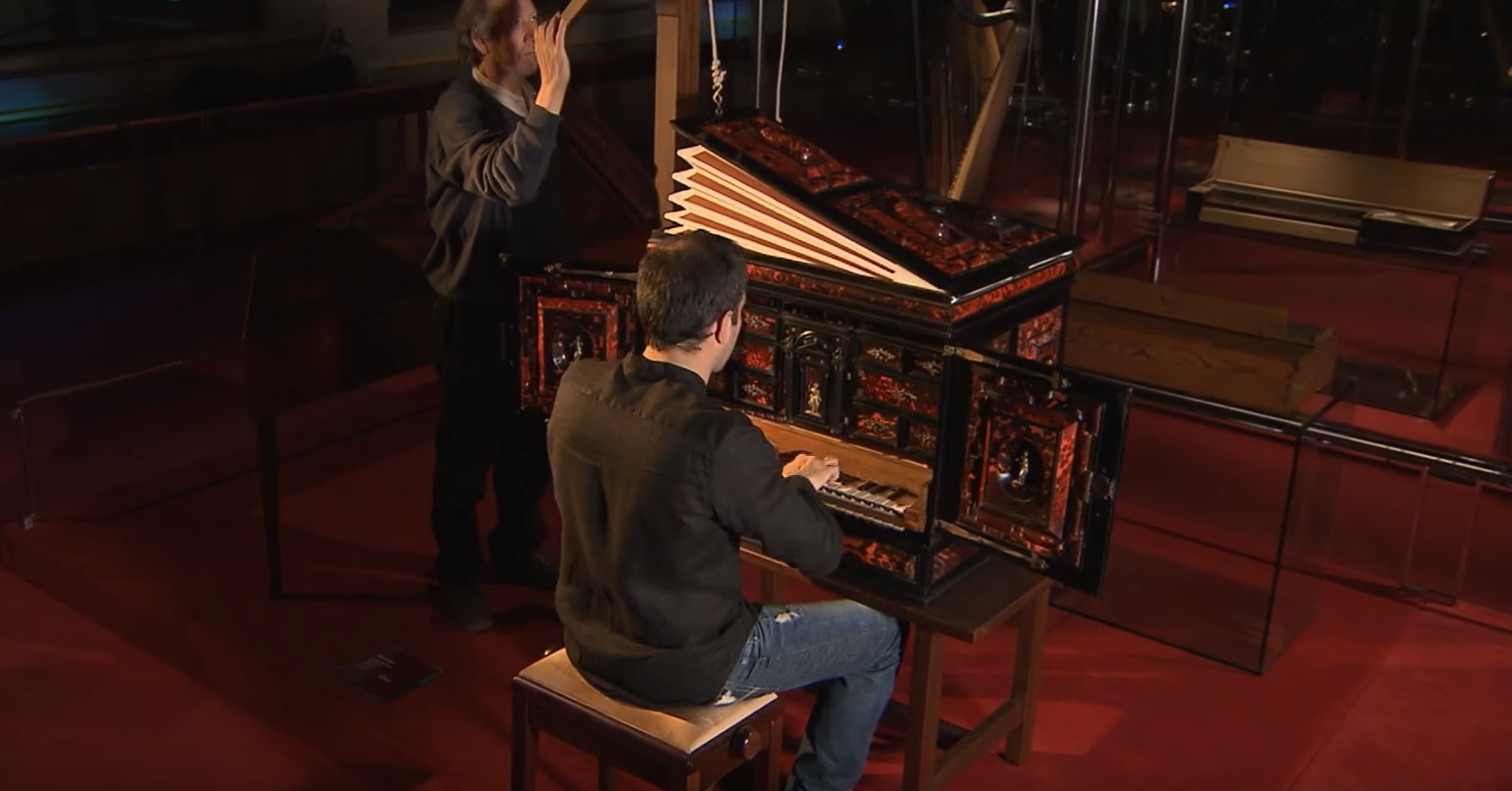 The Hauslaib claviorgan (Barcelona), a unique instrument in the world

It has been a pleasure to record my next CD, Cabezón, with an amazing instrument, unique in the world for plenty of reasons:

The Hauslaib claviorgan is one of the most emblematic instruments of Barcelona’s Museum of Music. Built in Nuremberg, Germany by Laurentius Hauslaib in 1590, it is one of the few examples of Renaissance claviorgans still in existence, and one of only three by this builder remaining in the world today. Thanks to valiant efforts in research and restoration, done by Gerhard Grenzing and Joan Martí, this claviorgan has recently regained all the original splendor of its voices and musical utility, and it is the only period instrument of its kind still in working order.

The claviorgan is a peculiar instrument that unites, in a single housing and in perfect symbiosis, the mechanics of a chamber organ and of a small clavecin, with two different keyboards, one for each instrument. In its era, this sophisticated technological gadget was much appreciated as a symbol of ostentation by members of the nobility and the court, as evidenced by its ornamentation with silver, gold and hawksbill turtle shell. 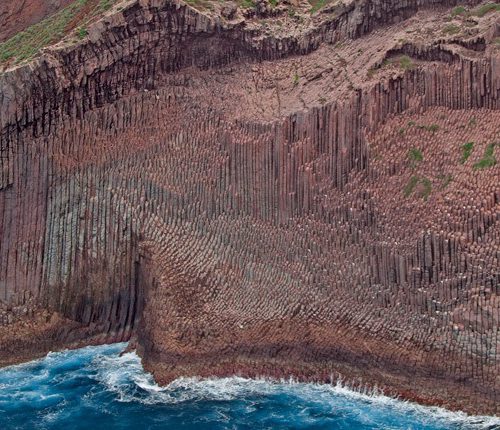 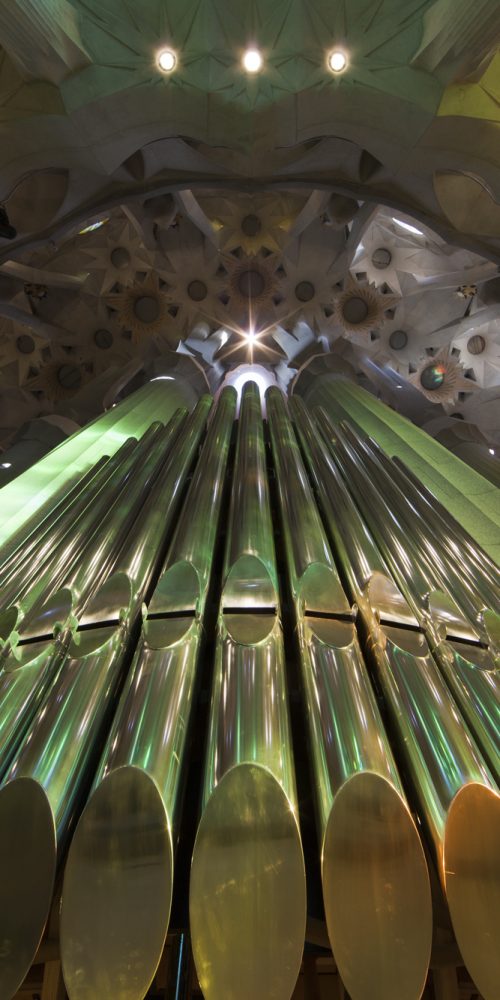 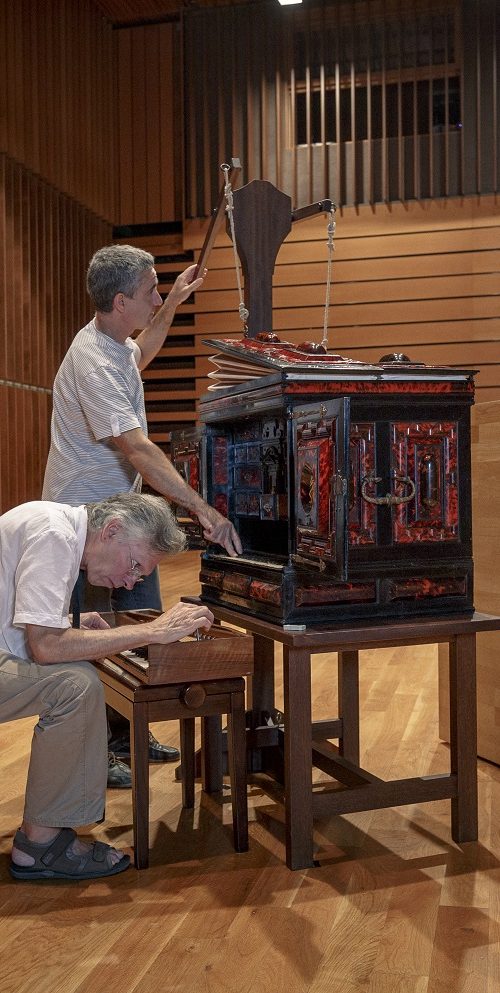 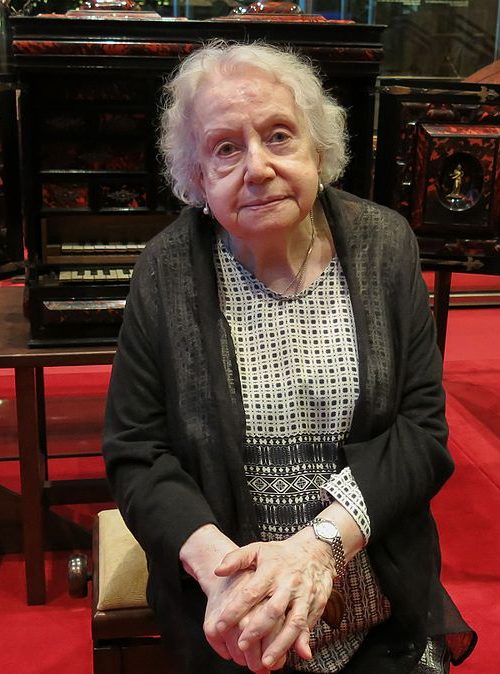